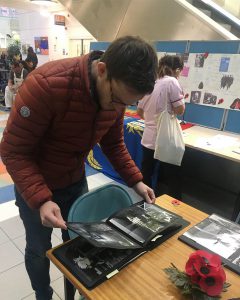 One of the historic themes we have been exploring is The Hospital at War. This week, we joined in with centenary commemorations to mark the 100th anniversary of the end of the First World War. At Chelsea and Westminster Hospital, our Heritage Officer Steve and volunteer Harrison were on hand to talk about the history of Chelsea and Westminster at war and showcased a series of artefacts and photographs dating all the way back to the 1800s.

The First World War had a large effect on daily hospital life. In 1914, the Westminster Medical School was taken over by the army to train pathologists for the war effort. In 1916, women students were admitted to the Medical School for the first time to substitute for all the men who had gone to Europe. Women were once more barred from joining the Medical School after 1928 and weren’t to return until after World War II.

Click here to find out more about the role Westminster Hospital had in various international conflicts dating as far back as 1853 and the Crimean War.

Professor Paul Aichroth who trained and worked at Westminster Hospital has written a concise history of the hospital. Please click the image below to download a PDF copy of the booklet. 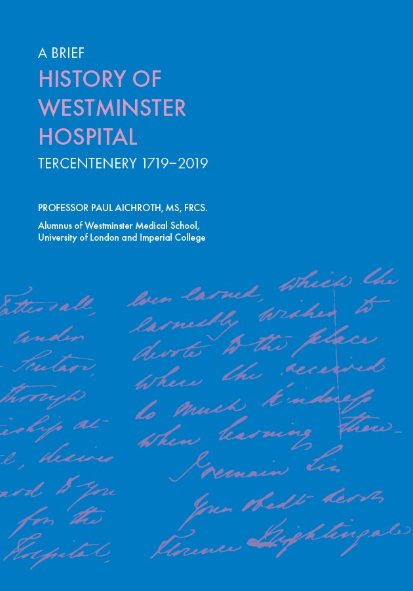