Lesley Watts, CEO of Chelsea and Westminster Hospital NHS Foundation Trust, said: “We are incredibly proud of our long and impressive history. It is wonderful to have this new plaque as a permanent reminder of our old hospital site where so many staff proudly cared for hundreds of thousands of Londoners over many years. The legacy of this remarkable hospital and its pioneering forefathers continues at our hospitals today. We are one of the top performing Trusts in London, passionate about delivering exceptional care in a world-class environment.”

Throughout its rich 300-year history, the hospital has had a number of distinguished medical students and staff including Hale Thompson who in 1847 performed the first operation under general anaesthetic at the hospital. The renowned physician John Snow studied and worked at the hospital and is best known for his discovery in the 1854 cholera epidemic that the disease was water borne. Lord Lister was the surgeon responsible for developing the antiseptic technique. Sir Clement Price-Thomas was one of the pioneers of thoracic surgery and famously operated on King George VI within Buckingham Palace in 1951. In 1981, Professor Brian Gazzard diagnosed one of Europe’s first cases of AIDS at Westminster Hospital. The hospital also remained operational throughout both World Wars, including several bombing attacks during the Blitz and cared for victims of the IRA bombings in the 1980s. In more recent times, the now Chelsea and Westminster Hospital provided life-saving care following the 2005 terrorist attacks, the Westminster Bridge and London Bridge attacks in 2017 and treated patients following the devastating Grenfell Tower fire in 2017.

Charitable support continues to be as integral today as it has been throughout the hospital’s 300 years. The most recent example is the £12.5 million we have raised to redevelop and expand the hospital’s adult and neonatal intensive care units.

We have also installed a heritage timeline and permanent public exhibition at Chelsea and Westminster Hospital, to celebrate its fascinating history and installed an online heritage page. Thanks to support from the National Lottery Heritage Fund, this exhibition includes artefacts from the hospital archives, oral accounts and memories from past staff and a variety of film footage and photographs documenting the hospital’s history.

Cllr Matthew Green, Westminster City Council Cabinet Member for Business and Planning, said: “Westminster was the first hospital of its kind when it was founded in 1719. Since then, it has been home to a number of significant developments in health care. Staff, past and present should feel extremely proud to have helped provide 300 years of world class health service to their patients. I’m pleased that two descendants of Mr Henry Hoare, one of the four founding donors, could unveil a Westminster green plaque which recognises the hospital’s rich history. I’m sure that this hospital will continue in its new site for at least another 300 years.” 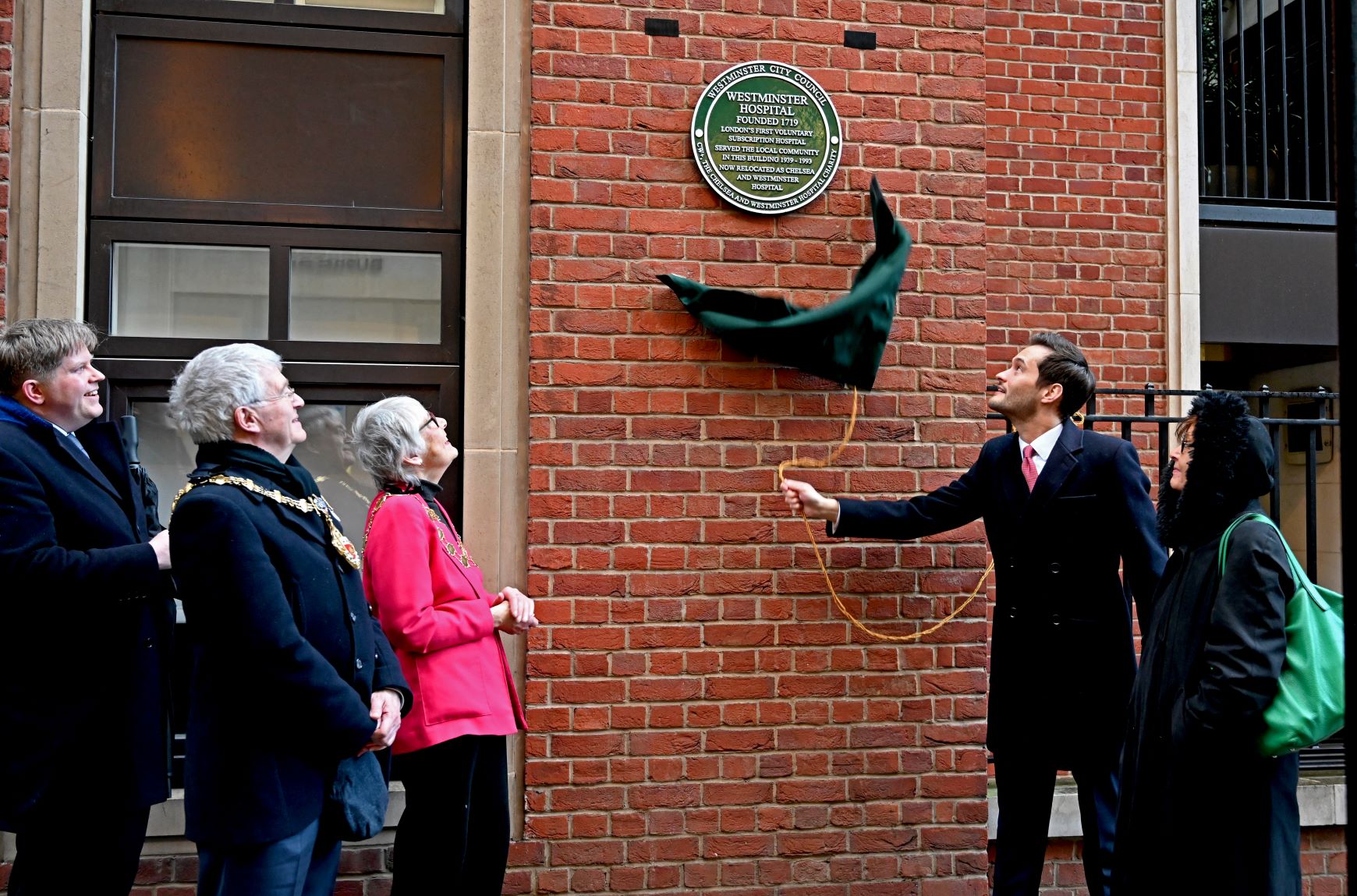 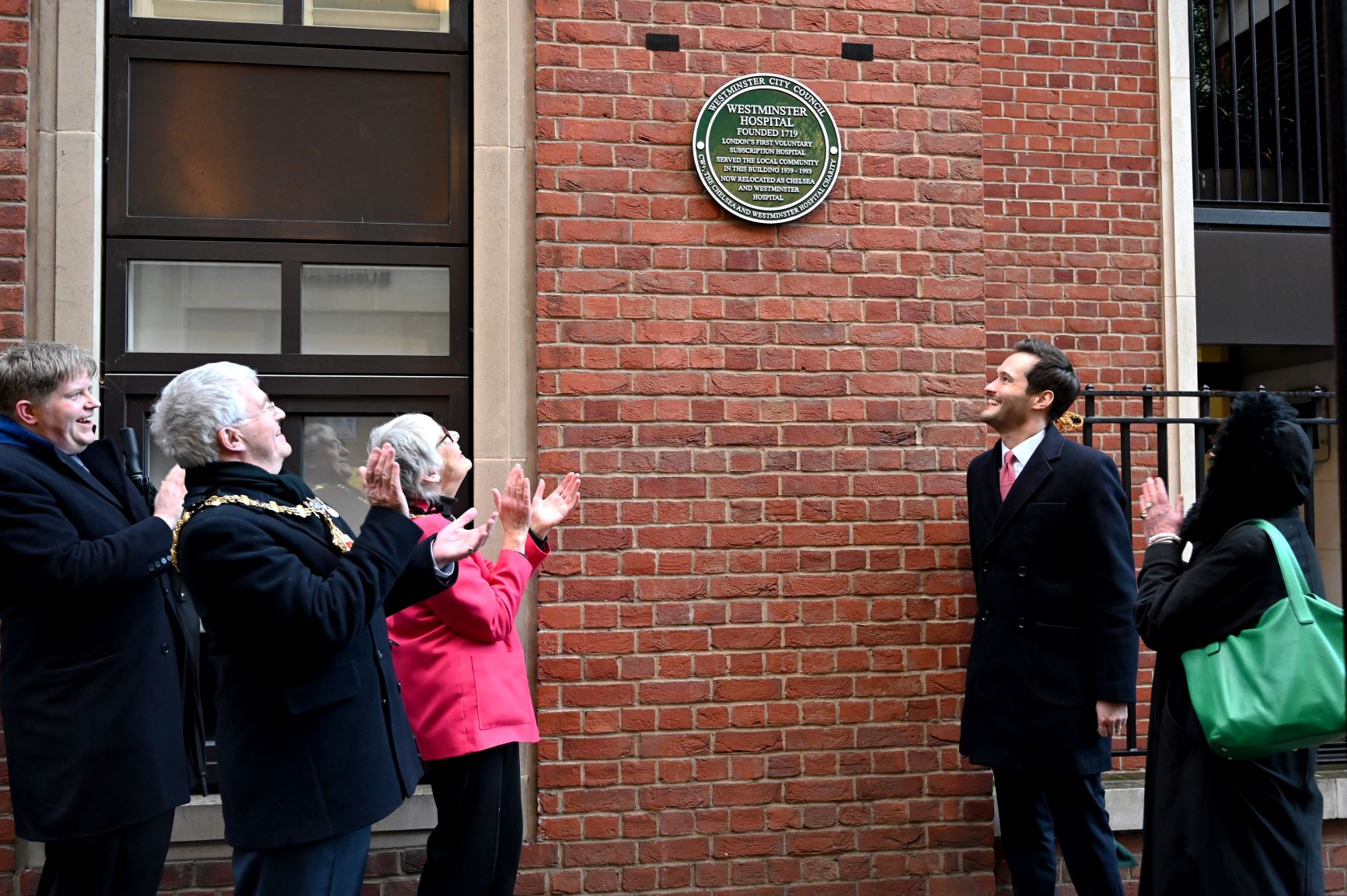 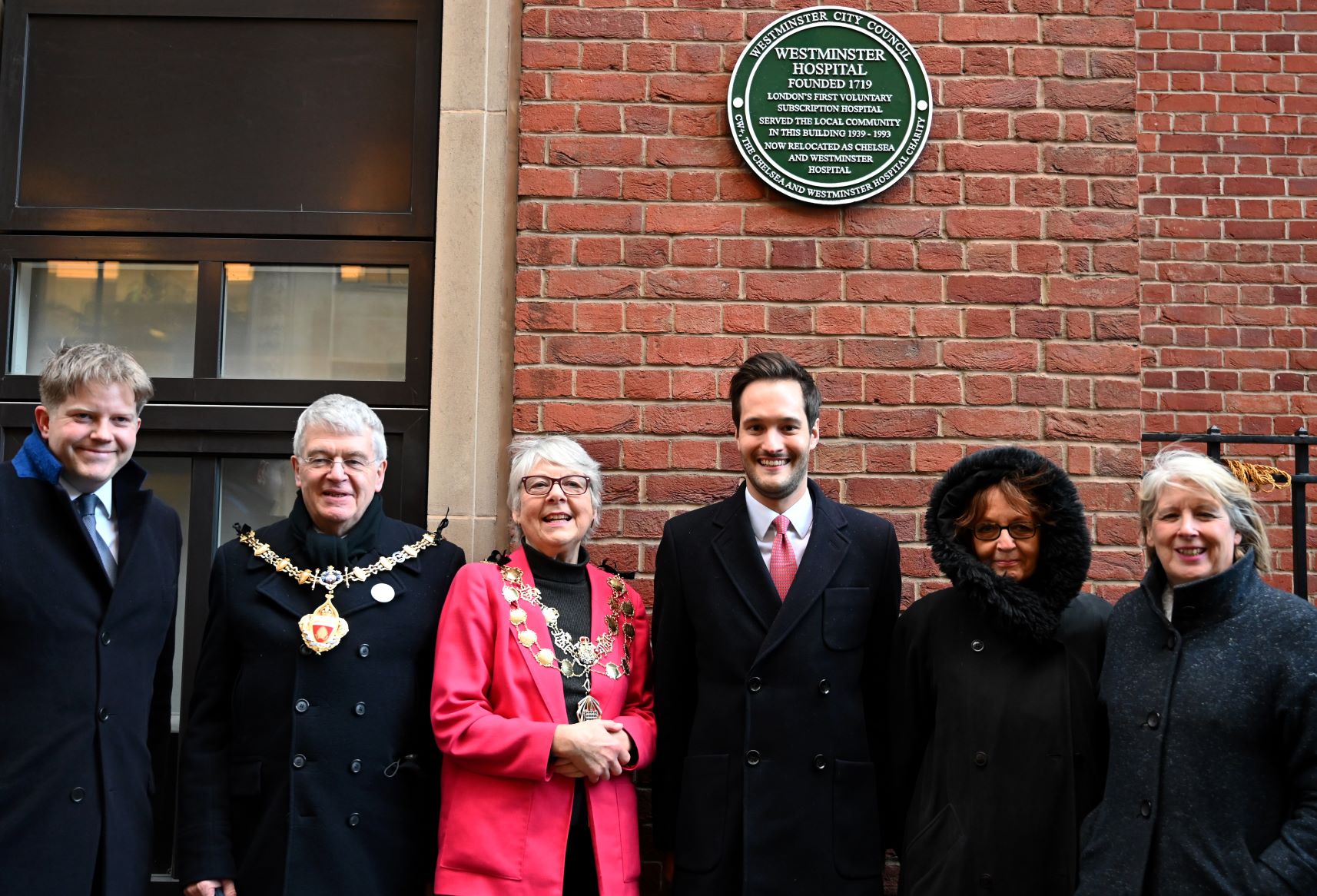